When the Wright Brothers made their first flight on December 17, 1903, there were no pilot certificates and no Federal Aviation Regulations (FARs). Today, a person has a choice of pilot certificates based on their goals and personal needs. 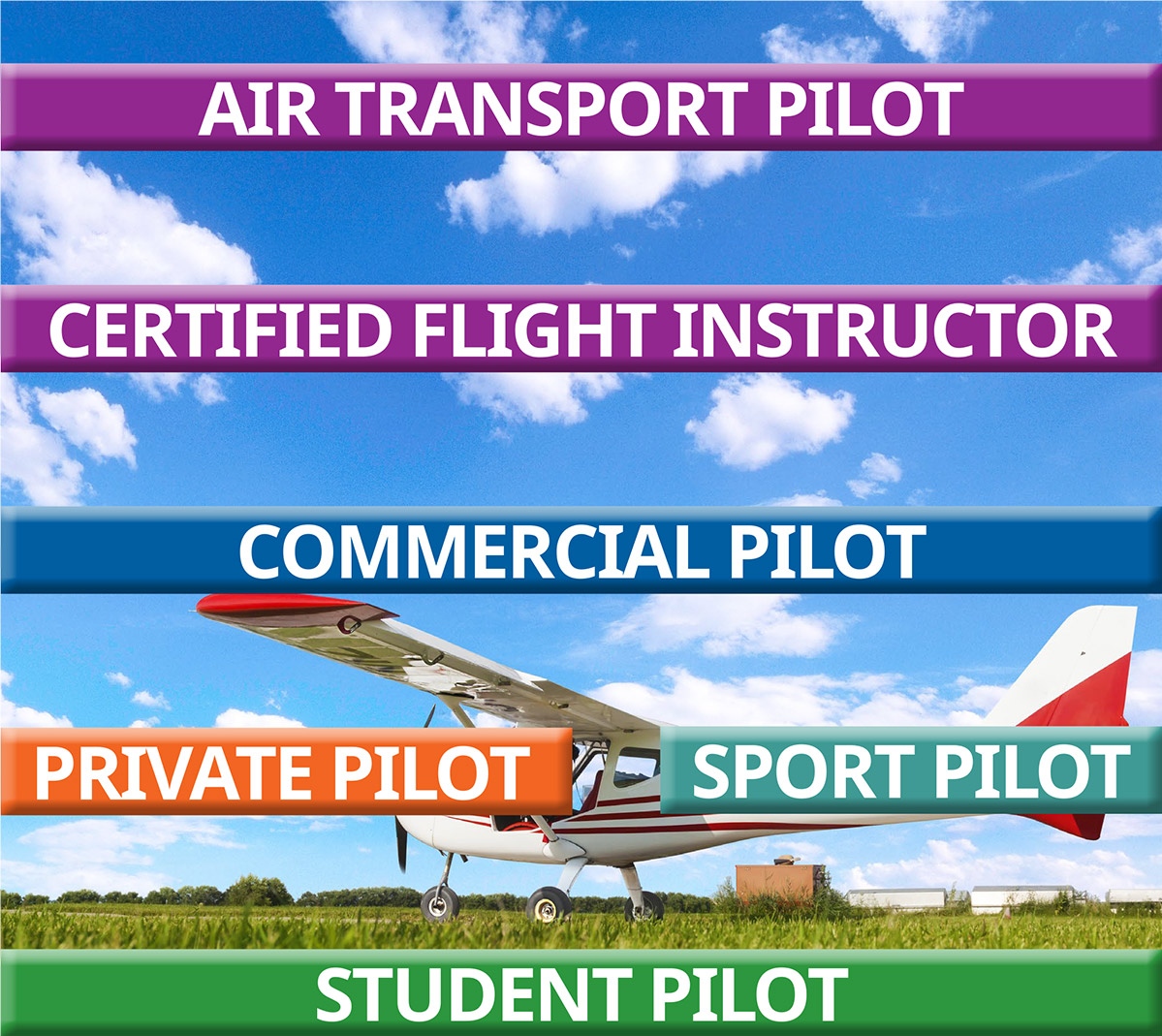 The most efficient and effective pathway is to start is with the Private Pilot Certificate.
FSANA recommends the following in a pilot’s early educational pathway. In order:

Student Pilot Certificate
This is the required start line for people who want to become pilots. This certificate is a pre-requisite for the student learner to fly alone in the aircraft, or solo. You can start an application once you turn 13 years old, but you can't complete it until you're within 90 days of your 14th birthday, or older. Your flight school instructor will walk you through the application process. During this early stage of training you will officially be termed a “learner.”

Private Pilot Certificate
This, the most fundamental of all certificates, provides the pilot with the most pre-commercial flight flexibility. It beats out the other two primary certificates in versatility. The pilot can carry passengers for non-revenue in a variety of aircraft. This permits flight during day- and night-time hours and flight during both Visual Flight Rule (VFR) and Instrument Flight Rule (IFR) conditions — flight into clouds. This certificate requires a person to hold a FAA medical certificate of at least the Third Class. FSANA recommends the Private Pilot Certificate as the most efficient and effective pathway to get started.

Of these two notable primary certificate pathways, a Private Pilot Certificate costs a bit more but wins out in versatility. Which fits you best?

****Average training time for the Private Pilot Certificate is 60 flight hours.
****This is the minimum required flight hours based on FAA regulations. Hours may vary based on each students progress.
****Larger, higher-powered aircraft may require an additional certification known as an individual type rating.
****Additional rating required.

Certified Flight Instructor Certificate
Now you can teach others how to fly. This certificate requires a person to hold a FAA medical certificate of at least the Third Class.

Certified Flight Instructor Instrument Certificate
Now you can teach others how to fly on instruments. This certificate requires a person to hold a FAA medical certificate of at least the Third Class.