On day one of FSANA’s 7th Annual International Flight School Operators Conference in Orlando, special guest Jessica Cox shared inspirational words over lunch. In front of a record number of conference attendees, she even challenged a FSANA board member to learn a new skill — opening a can of soda with his feet. Surely if she can fly a plane he can rise to the challenge. As it turned out, he did!

That was February 10, 2016, the day Jessica Cox was officially introduced as FSANA‘s first ambassador under our newly-launched Ambassador Program. The Ambassador Program is intended to engage inspirational individuals like Jessica to help promote training accomplishments throughout the aviation training industry. 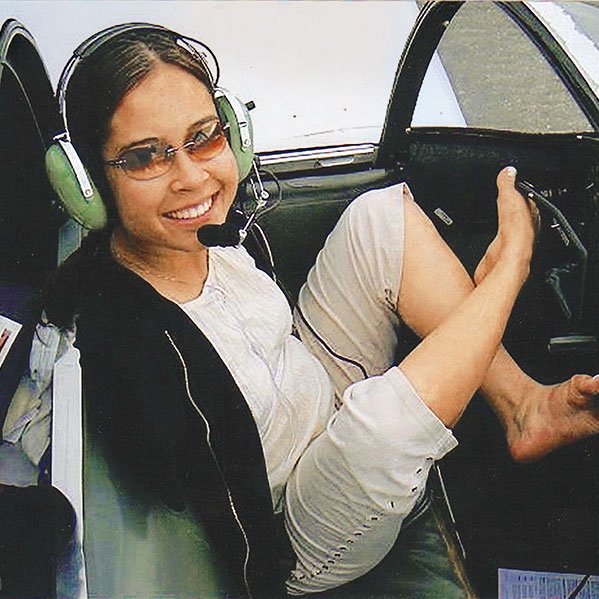 Jessica Cox is best known for becoming the first armless pilot in aviation history. Her achievement earned her a Guinness World Record medal, invitations from six continents, and featured appearances on TV programs like Ellen, Inside Edition, Fox and Friends, Oprah Winfrey Network, CNN, CBS Evening News, and the BBC.

Jessica was born without arms but her parents were determined to integrate her into a normal environment. She was enrolled in public school, not a private or special needs school. With few limitations, she did whatever other children did.

She grew up using prosthetic arms. Although prosthetic limbs enabled her to do many things, she never really connected with them and preferred doing everything with her feet. After eleven years wearing them, Jessica ceased using her prosthetic arms to fully embrace what makes her different.

Jessica graduated from the University of Arizona with a degree in Psychology and Communication. With the challenges she had overcome, she became an inspiration to those around her. Jessica realized her words and experience are a natural source of encouragement and optimism for many, which gave rise to a successful motivational speaking business. Around the same time, she decided to pursue flight lessons to overcome her greatest fear, flying. Within three years and with the help of a 1946 415C Ercoupe airplane, in 2008, Jessica earned her Light Sport Pilot Certificate.

Jessica‘s chosen sport, Taekwondo, led her to meet her husband, Patrick, a Taekwondo instructor. They married in 2012.

Speaking to audiences in over 23 countries, Jessica continues to travel the globe motivating people to overcome their perceived limitations. FSANA is proud to have her on board.